The Chelsea Physic Garden, a secret place in London

This tiny botanic garden usually doesn’t make it to London tourist guides, but it’s a kinda quick, and very obliged stop for botany geeks like me. If you don’t know whether or not it’s worth a visit during a probably quick and packed trip to the city, I’ll tell you here what’s about and you decide ; ) 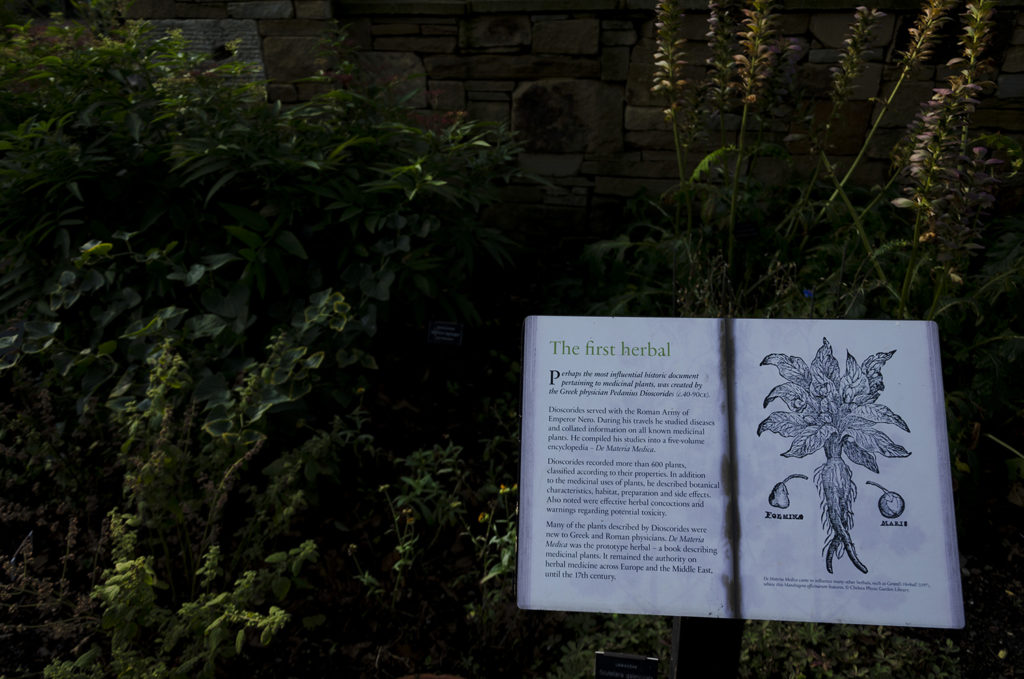 The Chelsea Physic Garden was founded in 1673 by the Society of Apothecaries of London for the students to practice how to grow and use medicinal plants. It has been an important botanical and horticultural research institution since the very beginning, even though it’s not linked to any university. The garden collaborates in the Ethnomedica project, which documents the plant-based remedies used traditionally in Great Britain. Today, anyone can visit the garden to enjoy its beauty or to take part in the workshops and talks that it organizes. Besides, the garden is an ‘outdoor classroom’ where schools take kids to learn the importance of plants in daily life. 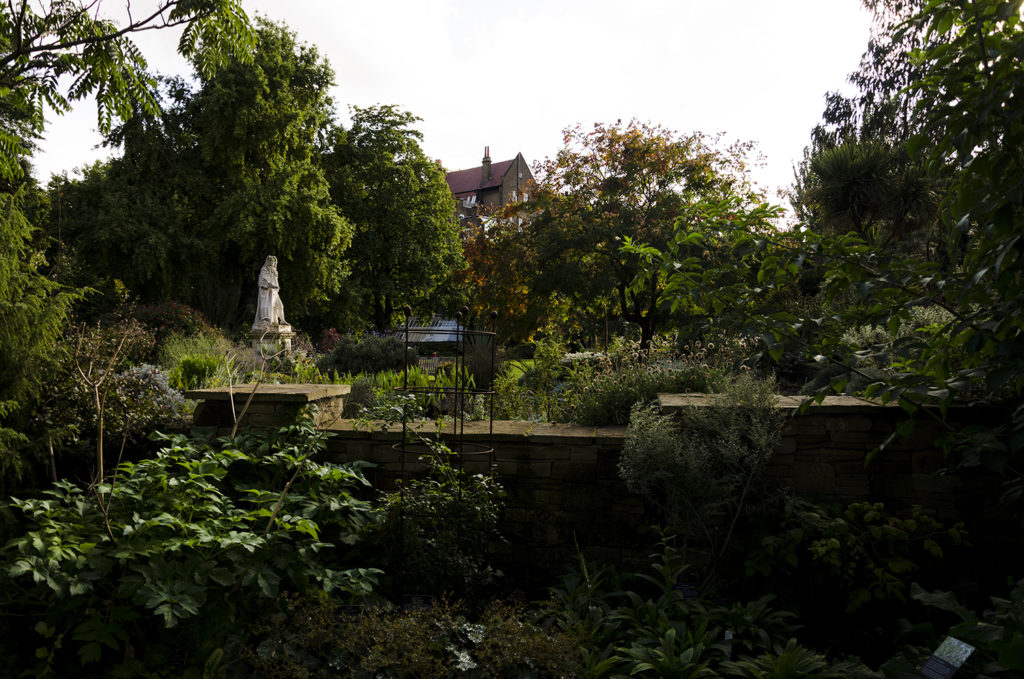 It’s a bit surprising that an independent garden is still there and active after so many years. We could say this is thanks to the Irish doctor and botanist Sir Hans Sloane. He bought the Chelsea Manor in 1712, rented the garden for 5 pounds a year in perpetuity, and handed it over to the Society of Apothecaries. His only request was that the land would be maintained as a botanic garden forever. The lease was signed in 1722 and from that year on, Sloane and his descendants have been paying those 5 pounds each year. Hans Sloane was, then, an relevant figure of the science of that time, presiding the Royal Society and the Royal College of Physicians. His enormous collection of plants, invertebrates, vertebrates, fossils, minerals, objects of worship, shells and antique coins; more than 80 000 items, gave rise to the British Museum, and later to the Natural History Museum, after Sloane’s death. Even Linnaeus, the Swedish botanist that came up with the systematic binomial Latin nomenclature currently used to name species in biology, once visited Sloane’s collection and the Chelsea Physic Garden. Linnaeus even convinced the garden curator to start using his system to organize it. 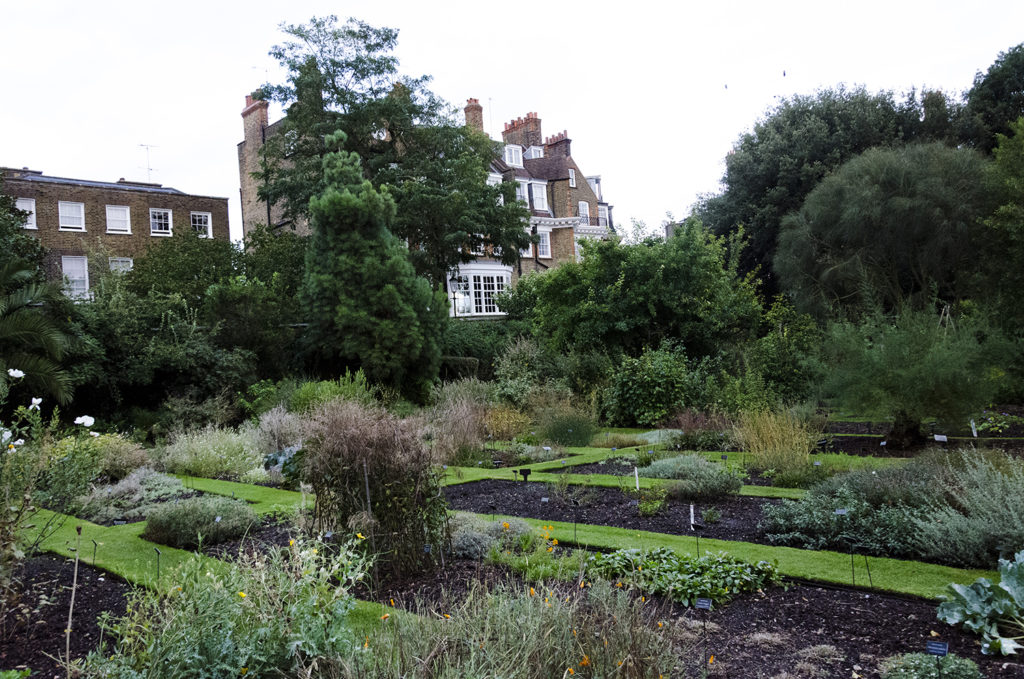 The garden is 1,5 hectares and was placed in the riverbanks of the Thames in a time when the fastest and safest way of transportation was river navigation. The barge used by apothecaries in their ‘herbalist expeditions’ was conveniently docked just outside the garden. Besides, the microclimate in this location allow some tender species, native from other latitudes, to grow. The largest olive tree (Olea europaea) growing outside in the UK is in the Chelsea Physic Gardens, for example. You can find some historical weather data of the garden compared with the global data for London here. It’s usually 1 or 2 ºC warmer in the garden. There’s also a yew (Taxus baccata), a cork oak (Quercus suber), and two large ginkgos, a male one (Ginkgo biloba) and a female one. The first seed swaps that the garden did allowed the growth of four cedars of Lebanon (Cedrus libani), but these trees were felled by the twentieth century. There are many species of ethnobotanical or medicinal interest entered the UK through the Chelsea Physic Garden. 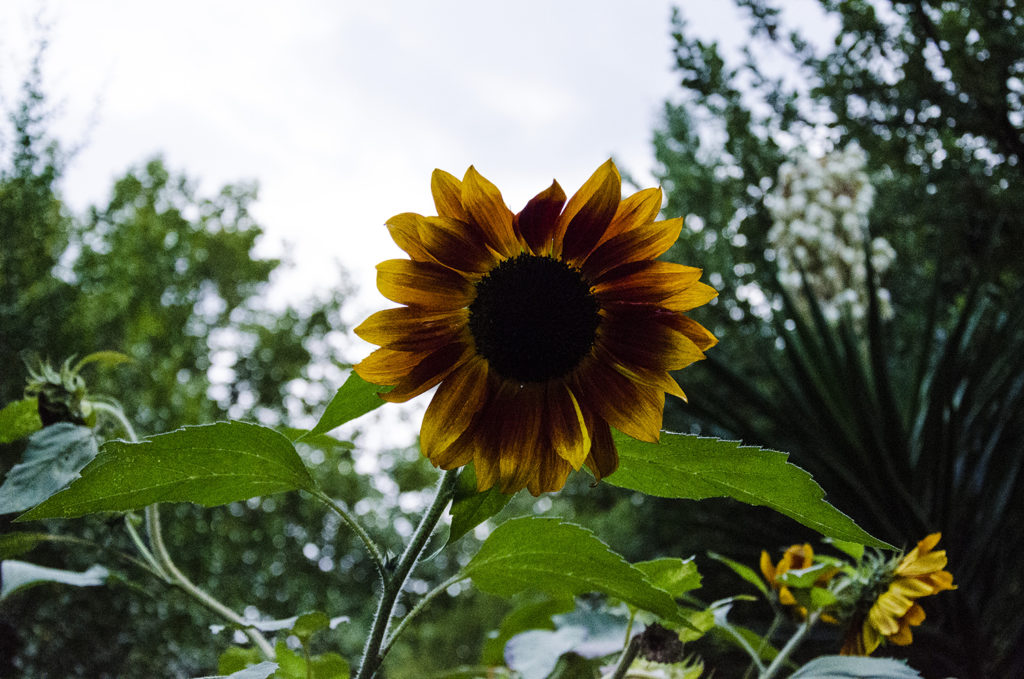 Aside from the trees, you will see about 5000 more rare or interesting species divided in several rectangular areas framed by paths, some of them grouped by native area, and others by taxa. There are also a bunch of interesting greenhouses with exotic plants and a mandrake, even. All of this together with very informative panels, an audioguide and a leaflet available in several languages (so nice of them for us non-native English speakers). So much fun for botany nerds. And of course, a lovely café and a souvenirs shop, because it’s not an English attraction if it doesn’t have a café and a shop. 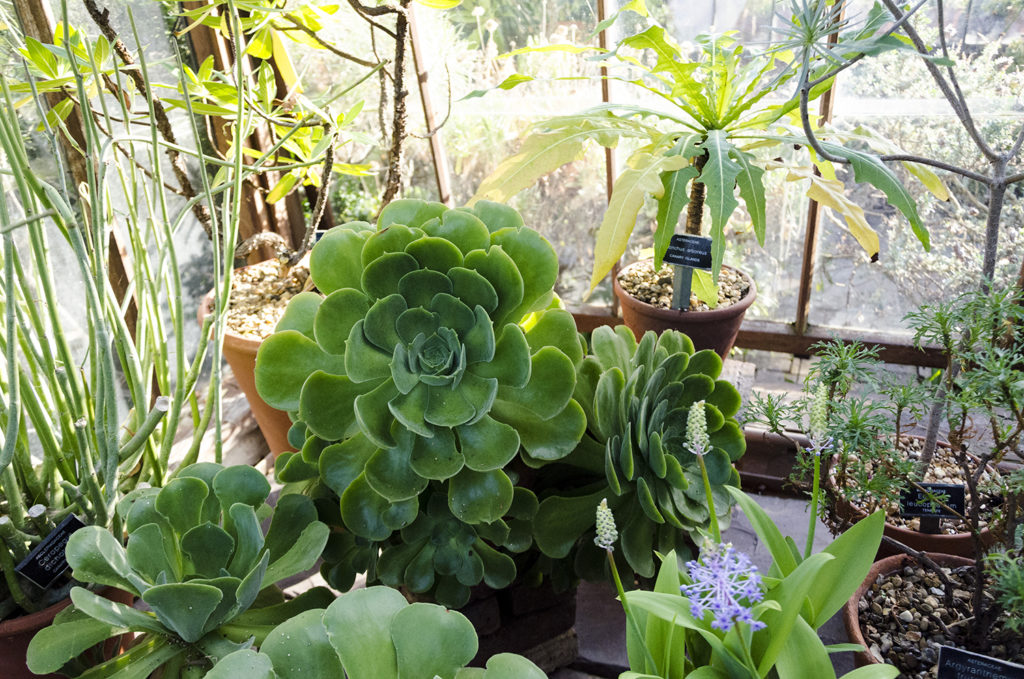 If you want to find out more about this secret garden, this is the oficial website : ) 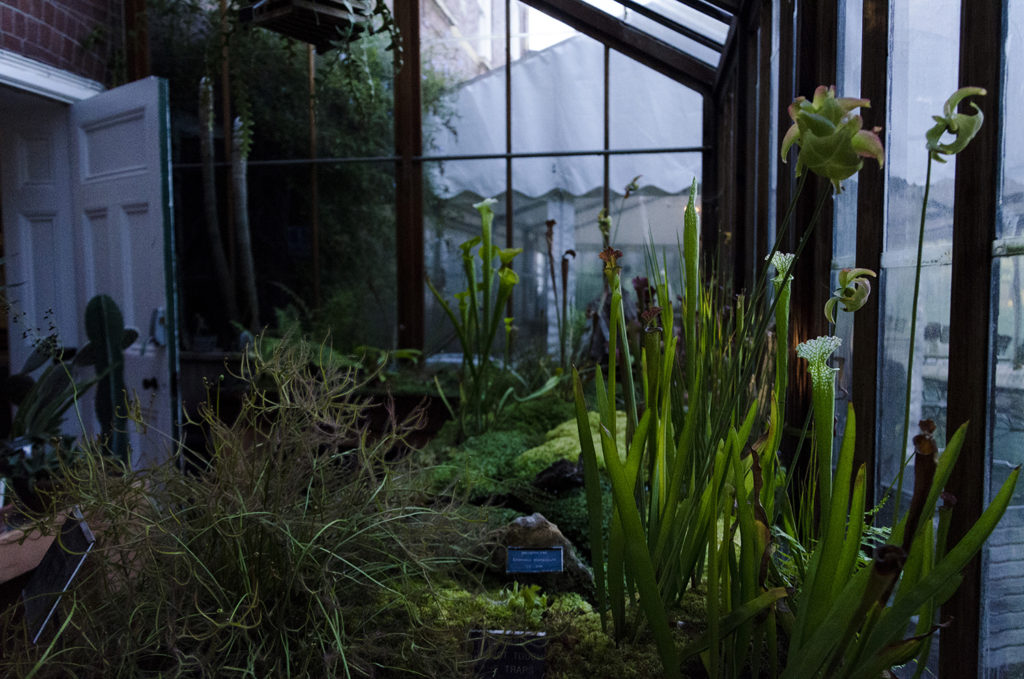 All photos by Gonzalo.